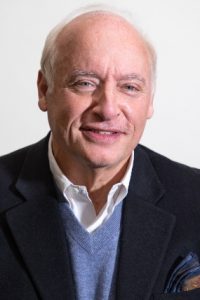 Mr. Rich has testified as an Expert Witness in both Federal and State Courts in the United States and is viewed as an industry leader in understanding and assisting the Firm’s Clientele to solve problems on Federal and State-regulated Superfund Sites, inactive Hazardous Waste Sites, active RCRA Sites, as well as Brownfield transactional issues and non-regulated real property redevelopment sites. For example, he has been a Court-appointed Expert, a Special Master, a Principal Investigator at Love Canal for the NY State Attorney General, and the requested groundwater Expert on behalf of the United States of America for the US Justice Department. In the latter instance, his called-upon involvement representing the United States in a civil contamination case against a leading international oil company resulted in one of the largest, if not the largest, ‘RCRA’ hazardous waste settlements of the day. Over the years, he has developed in-depth expertise solving problems relative to risk-based cleanups, soil and groundwater-related contaminant distribution, plume configuration, migration and mitigation, preferred remedial methods to enhance contaminant removal deficiencies, and regulatory compliance negotiations with Agencies at all levels. On the clean water side, Mr. Rich has evaluated, tested, and managed construction, permitting, and expansions of numerous groundwater exploration & development projects that have and continue to provide sustainable potable water supplies and proven reserves to satisfy drinking water demands domestically and abroad.

He is a published, peer-reviewed author. For example, Mr. Rich actively contributed to the development of ASTM’s National Standard for Phase I Environmental Site Assessment Due Diligence (e.g. currently ASTM E1527-13) intended to minimize environmental liabilities for commercial real property transfers throughout the United States. He was a co-author of the Long Island, NY Areawide ‘208’ Waste Management Plan where he first introduced the concept of delineated aquifer recharge areas and ‘hydro-geologic zones’ on Long Island. Mr. Rich routinely publishes a variety of called-upon technical articles, opinion pieces, and professional editorials; and he is invited to speak on these subjects, or participate in expert panels at trade association meetings, conferences, or at local County or State Bar Association forums. Some of Mr. Rich’s voluntary pro bono activities include having served as President of the American Institute of Professional Geologists for the Northeastern United States, Vice-President of the NYS Council of Professional Geologists, and recently Chair of the Real Estate Practitioners Institute. He is listed in current volumes of Marquis’ Who’s Who in Science & Engineering, Who’s Who in the United States, and Who’s Who in the World

Mr. Rich is a NY State Licensed Professional Geologist (License No. 077), Certified Professional Geologist (Cert. No. 4433); a Hazardous Waste Emergency Response Supervisor; a Certified Sustainable Building Adviser, an adjunct professor teaching environmental due diligence at SUNY Stony Brook University’s College of Business. He has served as Director on several Boards and is, or has been, affiliated with numerous professional industry trade organizations. 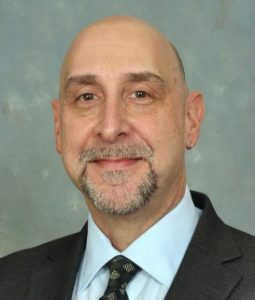 Mr. Izzo joined CA RICH in 1985, and during his tenure has helped shape the Firm’s professional service capabilities and has contributed to its stellar reputation for excellence. During the 1980s, Richard worked closely with the City of New York to develop an environmental testing protocol which became the basis for subsequent testing and remediation requirements under the New York City Environmental Quality Review (CEQR). In addition, Mr. Izzo developed one of the first “Phase-I” environmental due diligence assessment protocols (pre ASTM) for property transfer and worked with several lenders to assist them in developing their internal due diligence standards.

Mr. Izzo has been called upon as an expert witness in several matters involving the transfer of environmentally impacted real property, and remediation of chemical and petroleum releases. In addition to environmental projects, Richard heads up the Firm’s water resource exploration, development and management capabilities including watershed hydrologic budgets, groundwater investigations, aquifer mapping, safe yield determination, and water allocation permitting. 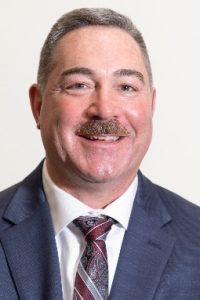 Mr. Yager, a CA RICH Project Manager, has managed a broad range of environmental projects throughout the northeast for more than 30 years. Certified in Asbestos Inspections, air sampling, and Hazardous Waste Operations, he performed asbestos inspections for numerous industrial, commercial and residential properties. Mr. Yager has also conducted hundreds of Phase I Environmental Site Assessments of industrial, commercial and multi-tenant residential properties, and follow-on Phase II Site Investigations and Phase III Remediations, including the preparation and implementation of Work Plans for Federal, State and County approvals. In addition, Mr. Yager is a certified Mold Assessor and has conducted air quality and mold inspections, sampling and assessments in response to indoor air quality complaints and/or water damage issues. 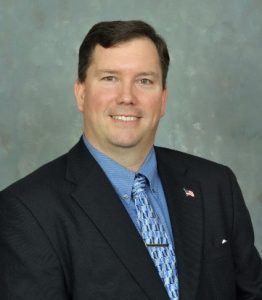 Jason Cooper is a New York State Licensed Professional Geologist (No. 000152) and a Vice President with CA Rich Consultants, Inc. Jason received his Bachelor of Science (Geology) from Buffalo State College in Buffalo, New York in 1999. He has completed OSHA training in Hazardous Waste Operations & Emergency Response, OSHA 30-Hour Construction Safety, as well as the CPR course given by the American Red Cross.

Jason has over 19 years of experience in the environmental industry and specifically over 15 years of experience conducting Phase I Environmental Site Assessments (ESAs) and Phase II Investigations. He has inspected, written and reviewed hundreds of Phase I ESAs on various types of properties including commercial, industrial and residential properties throughout the greater NY/NJ metropolitan area and the five boroughs of New York City. His Phase I ESA’s have been used by financial institutions, City and State regulatory agencies, and private companies in order to facilitate potential property transactions. When the Phase I ESA’s identified Recognized Environmental Conditions (RECs), he followed up with the subsequent responsive Phase II Investigations. Typical responsibilities for the Phase I ESAs and Phase II Investigations include coordinating historical and regulatory database searches, conducting property inspections, collecting soil, groundwater, soil vapor and/or sediment samples, working with Federal, State and Local authorities, and reviewing and authoring final reports.

Jason has been the lead manager on numerous New York State Brownfield and New York City Voluntary Cleanup program sites.  He has worked on these projects from inception beginning with the application phase through to completion to obtain a Certificate of Completion (COC) from NYSDEC or a Notice of Satisfaction (NOS) from NYC OER.  Working on these projects has included the coordination with the client, general contractor, soil disposal facilities and State, City, and local agencies.  Jason has characterized soils from Brownfield sites and received acceptance into the New York City Office of Environmental Remediation Clean Soil Bank.  The placement of the soils into the Clean Soil Bank has saved the client hundreds of thousands of dollars in disposal costs.

Working alongside engineers, Jason has helped to design, install, and operate sub-slab depressurization systems (SSDSs) and soil vapor extraction (SVE) systems.  In addition, he has maintained and operated groundwater pump and treat systems. 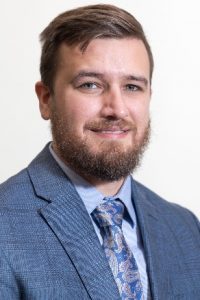